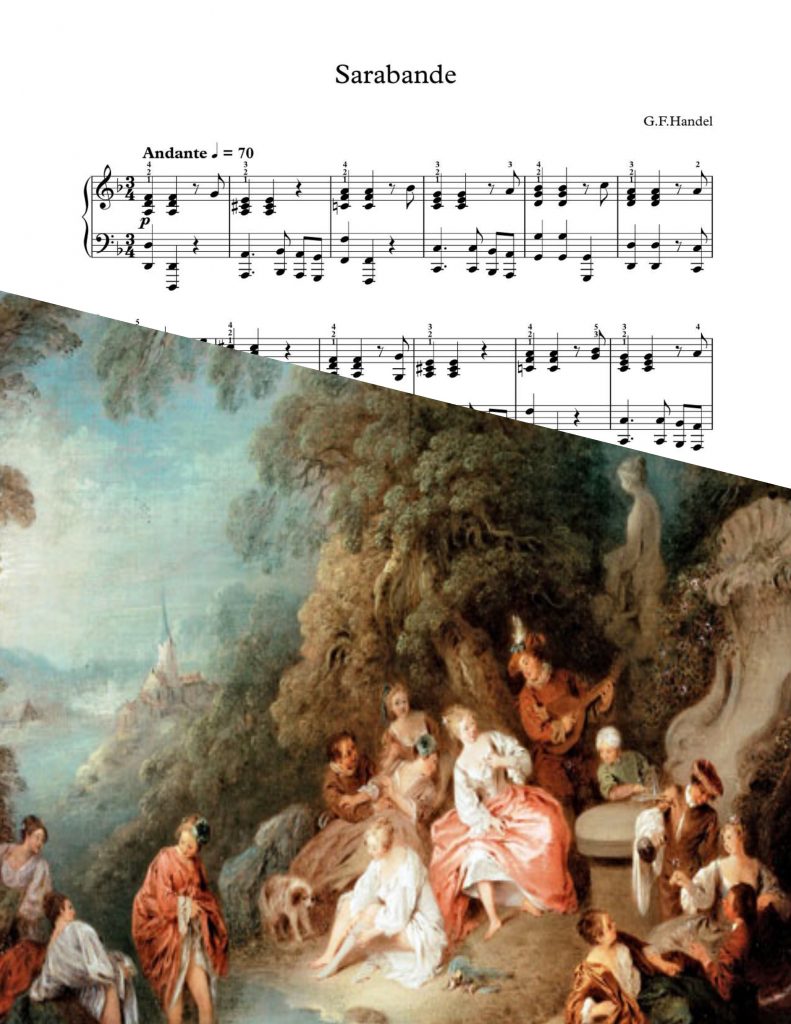 The sarabande (from French sarabande, itself derived from Spanish zarabanda) is a dance in triple metre.The dance may have been of Mexican origin evolved from a Spanish dance with Arab influences, danced with a lively double line of couples with castanets. A dance called zarabanda is first mentioned in 1539 in Central America in the poem Vida y tiempo de Maricastaña, written in Panama by Fernando de Guzmán Mejía. The dance seems to have been especially popular in the 16th and 17th centuries, initially in the Spanish colonies, before moving across the Atlantic to Spain.